Thanks to Seiji Yokohama

A farewell to a great artist became famous for the Saint Seiya OST (The Knights of Zodiac). 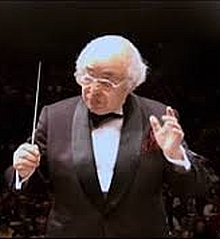 I was rarely busy writing articles about more or less famous people died but this time I decided to make an exception for a great musician that, especially in international stages, did not have the feedback he deserved. Few days ago I was checking some material for a new HinaWorld posts when I unfortunately read the worst of the news: 82 years old Seiji Yokohama died because of a pneumonia. As often happens, unless you are a follower or an insider, his name is not well known. But his works and, in this case, his art speaks for him.
Seiji Yokohama has been a composer and director of many soundtracks used in television series and Japanese anime, above all Captain Harlock and Saint Seiya (The Knights of the Zodiac).
And the last one probably have make Seiji’s music known wordwide.
Who does not remember the epic musical background during the execution of Pegasus Ryu Sei Ken or the pathos and the mystery that enveloped the saints at the 12 houses of the Zodiac, highlighted by sinister and intriguing musical themes?
The success of this series passes not only from the beautiful story of Kurumada and the style of Shingo Araki's designs but also from second-tier elements like the background music, often underestimated but of primal importance.
As a musician I can not then recognize the artistic and innovative value that Yokohama has brought to modern music: like some of his colleagues he have been a precursor in the use of electric instruments in conjunction with the orchestra creating what now is commonly referred to “pop-symphonic“.
In the past the diatribe between the division of the classic with the modern leaded to the exclusion of the coexistence of these two worlds that, in particular in background music, has provided great novelty and artistic freshness by adding the eletric and modern components.
Who does not remember the astonishing rhythm of drums and electric bass crossed by incandescing violins, or the amazing electric guitar solos beneath a majestic orchestral rug in the Ikki’s themes? All of this is thanks to Seiji Yokohama who, in 1985, had the courage to try a mix of instruments that today has become a standard founded in modern composers such as Hans Zimmer or Steve Jablonski, not to mention legends such Ennio Morricone or James Horner who over the years have evolved into their constant musical pursuit following this path.
Thisi is what Seiji has left to history: a wonderful music that linked generations and genres, composed like pioneer of modern soundtracks.
And we will never cease to thank him, hoping for the rest he deserved after his tireless professional and artistic life.
Rest in peace, Master.