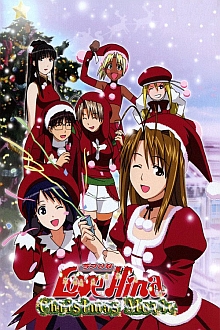 The tradition of Gifts in Japan

24 December 2019
A new Christmas Day is coming and every year the great race begins for grabbing something to give to friends and relatives among last minute offers, original surprises or simple but heartfelt thoughts. Already in ancient Rome it was customary to exchange  good luck presents during the Saturnalia, holidays that fell towards the end of December, but the practice of exchanging gifts was originated in Christianity taking inspiration from the gifts (gold, frankincense and myrrh) which the Three Wise Men brought to baby Jesus in the cave of Bethlehem. Later, starting from the Christian and European tradition, towards the end of the Middle Ages, gifts were given to children to remind them of the birth of Jesus as a moment of joy.
In the modern age it has increasingly abandoned the ancient tradition towards a more consumerist aspect that, however, represent a thought aimed at loved ones.
In Japan, where Christmas is not a religious holiday, the gift instead represents a key concept of common thinking regarding moral duty and social obligation. The opportunities to bring gifts to a friend, a family member or simple an acquaintance, are not limited to the end of the year but range from impromptu practices to actual anniversaries.
At the base of everything there is the concept of Giri which was born in feudal Japan as a responsibility towards people on whom there is a debt of gratitude and a willingness to thank. In the agricultural communities of the Yayoi period (between 300 BC and 250 AD), the rice harvest was a common and necessary practice for survival: cultivation required intense cooperation during some periods and this led to the formation of small communities of people who received solidarity with each other to transplant and harvest rice. Hence the desire to return that feeling of friendship towards those who had worked to provide help. Subsequently, the custom of goon to hoko was introduced into the samurai society, a rule between masters and servants according to which respect and loyalty prevailed in exchange for the lands that in the Muromachi period (1336-1573) changed into a real rule written in the behavior manuals which recommended that "if you receive a gift from someone you must return back with something of equal value".
This concept finally reaches modern Japan in the celebrations of Ochugen, in the summer, and in the Oseibo at the end of December, as an expression of thanks to someone who has shown kindness during the year.
Originally, Oseibo gifts were compulsory and were also given to customers, superior to work and to important people such as the family doctor or the home owner, but this custom began to fade both due to changes in certain company rules (which discourage exchanges between employees or customers not to be seen as an attempt to obtain favors) than for Christmas celebrations. Christmas, intended as a commercial party, has in fact been "imported" to Japan thanks to marketing experts who have exploited the idea of the end-of-year gift by bringing it to a more private sphere between family and friends. So here also Santa Claus appears in the streets of Tokyo bringing gifts like in other parts of the world.
Usually those who receive a gift will then feel obliged to reciprocate with something of equal value, therefore it is important for a Japanese to evaluate what to give in order to avoid creating embarrassment towards the other person. It is also good manners not to open it in the presence of the donor even if in recent times the gift is discarded immediately paying close attention not to ruin the packaging.
After the major anniversaries, there are many occasions to exchange gifts that we often see also represented in anime and manga: the omiyage, the souvenir that is brought back from a trip or the kashiori, a dessert that is brought during visits to someone’s home. On Valentine's Day there is the custom of giving chocolates to friends (giri) and lovers (honmei), and on New Year's Eve there is otoshidama, the new year's allowance for children without forgetting the most common occasions such as birthdays, weddings or funerals.
What is important is that every culture in the world contains its own way of showing gratitude and affection towards the people around us: I wish you all to spend a merry Christmas and a happy new year together with your loved ones!
All News